Back in Action: Winter Sessions with the ZFO 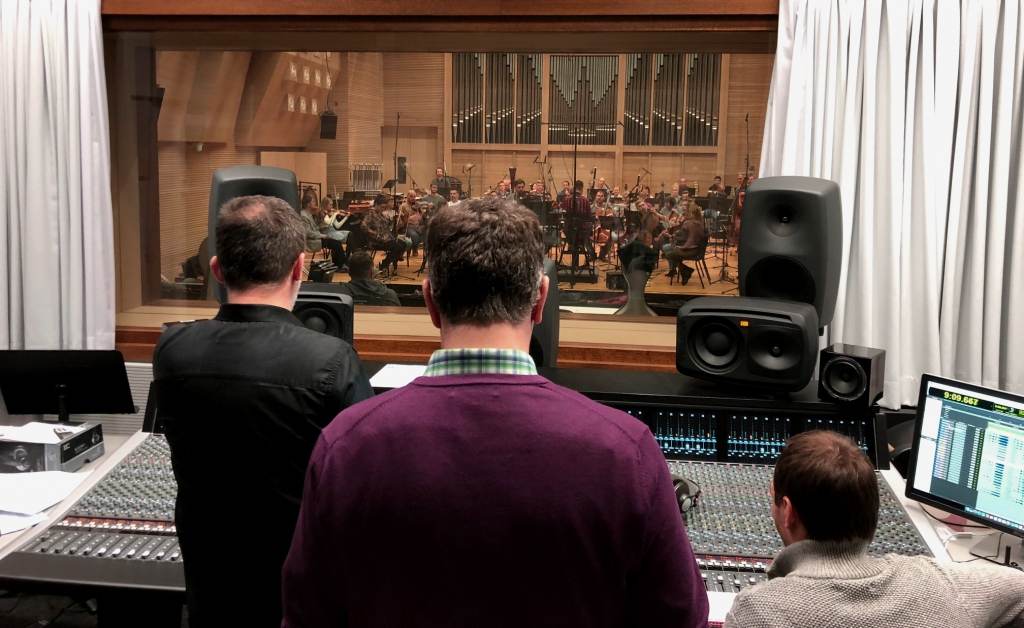 After 30 years of dormancy following the rise of the Croatian War, the Zagreb Festival Orchestra is back in action, taking on the recording projects of today’s top composers. Alongside recording the score for a Kennedy Center live performance by Zak Engel, the ZFO worked diligently in studio with two accomplished composers: PARMA veteran Michael G. Cunningham, and award-winning composer and guitarist James Lentini. With PARMA CEO Bob Lord and CDO Sam Renshaw in attendance, the ZFO took to the music with focus and enthusiasm.

The recordings of James Lentini are set to be released this May, as part of a multi-composer release in Navona’s PRISMA series. His work, a stunning 17-minute guitar concerto, was brought to life through the performances of the ZFO and guitar soloist Iliana Matos Vega.

Michael G. Cunningham also brought his seasoned compositions to the table with creative, imaginative scores. Recorded in two days, the compositions are slated for release in 2019.

Spirits were high all around. Hearing them live for the first time, Sam Renshaw praised the sound of the ZFO highly, and the team acknowledged the sense that this new chapter for the orchestra has already started on a powerful note. Lentini also added to this sentiment, stating “The session went very well…. I will say that the conductor was well-prepared (thank you!) and he’s an excellent musician. The string players were quite good….The engineer, producer, and team were excellent, I thought, and attentive to my opinions and input.”

The ZFO has plenty of projects coming up, from scheduled sessions to the results of the Winter 2019 Call for Scores, of which the ZFO is a participant. Here’s to the upcoming sessions with the ZFO, and we look forward to releasing this fantastic music in the months to come!

The post Back in Action: Winter Sessions with the ZFO appeared first on PARMA Recordings.