Something Special and Unique: The Spring ZFO Sessions 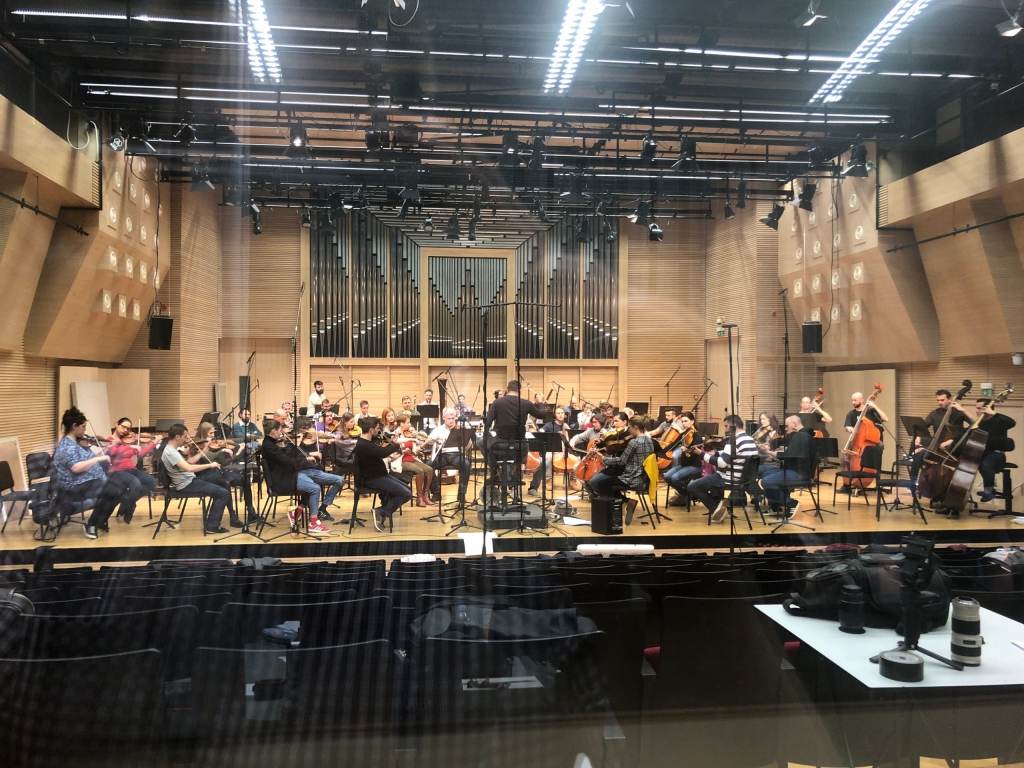 “The ZFO is really doing something special and unique which can only get bigger.”

These words hit the inbox of the PARMA team from Lead Producer and ZFO Artistic Director Miran Vaupotić just days after the completion of early spring sessions with the Zagreb Festival Orchestra. The ZFO has been hard at work since their reestablishment in 2018, already achieving a caliber of musicianship that has surrounding European artists turning their heads towards Zagreb.

Having established roots in Croatia over the years, PARMA has returned to the nation for recording sessions again and again. Earlier this spring, PARMA VP of Audio Production Jeff LeRoy took his first trip to visit the Zagreb Festival Orchestra and sit in on recording sessions. While there, he got to meet the full ZFO administrative team, including many previous PARMA collaborators, and experienced firsthand what Miran meant by “something special and unique.”

The sessions were framed in a week of unseasonably warm weather and a youthful energy balancing with the historic backdrop of Zagreb. The regional cuisine shares a similar methodology to neighboring Italy — locally sourced, high quality ingredients prepared simply and perfectly. Wood-fired and peka-roasted game, fresh-caught Adriatic seafood, and a diverse selection of wines from Croatia’s 300+ wine-producing areas are key players in most meals.  Dining often starts with a stiff aperitif rakija (local fruit brandy) to celebrate each other’s company and, of course, give cheers for a successful session.

With the taste of local prosciutto and the sweet scent of coastal air lingering, everyone headed into the state-of-the-art Bersa Hall, Zagreb Academy of Music, where the work began.

The balance with any music administrative team is to not forget why they are in the business to begin with. This complexity is handled with grace by the ZFO team, who are all focused on what matters most: the music. Their business smarts, wisdom, and efficiency are all channeled into making each recording experience as smooth as possible, ensuring that the musicians can give their best performances and that composers will walk away with art they are proud of. Not a single member of the team has lost sight of the whole point of their work and each person brings their own unique gifts to the table to create the best music possible.

On the recording side, Lead Producer Krešimir Seletković extracted the most out of each performance. One couldn’t help but feel moved by the music when watching Krešimir produce: from his position in the recording booth, he was spending 10-hour days not only standing, but dancing with and conducting the music, his whole being filled with the passion and invigoration surrounding each piece. Orchestra Manager Tin Matijević became intimately acquainted with each score, selecting from the orchestra who would be the best soloist for specific sections of each piece. Lead Sound Engineer Jan Košulič, with an eye and ear like none other, determined every sound detail down to the best microphone position for each movement of a piece.

In many ways, the glue holding all of this talent and drive together on the team is the ZFO Director Ivana Hauser. Highly regarded as a music business manager, Ivana makes sure that every member of the team and orchestra is doing their job but just as importantly is also taken care of, reflecting her own deep care for the music and her colleagues. Together with Bob and Miran, the administrative team ensures that only the best will be taken away from each session.

During the sessions, all involved were moved by the genuine passion and care from not only the administrative team, but the orchestra members themselves. The musicians executed each piece with skilled attentiveness, smiling and moving in their seats to the music as they performed. This joy permeated through the day, with performers being heard whistling the pieces in the halls during breaks.

After the sessions, the musicians came out from the recording hall and shook hands with the composers in attendance, thanking them for writing the music and overall embodying a sense of gratitude, care, and connection to the music. Even when particular pieces involved unconventional changes and experimentation with the score, there was little to no reaction from the orchestra. One artist in particular, clarinetist Bruno Philipp who has performed on previous Navona albums, became closer to Jeff over the course of the sessions and even offered him a signed CD of his own music at the end of the sessions.

With a dedicated team on the ground in Zagreb, an equally caring and motivated orchestra, and the lively energy of the city, the future is bright for the ZFO. If the present is any indication, good things will only continue to happen.

The post Something Special and Unique: The Spring ZFO Sessions appeared first on PARMA Recordings.